This research is done by me in 2020. So, some of the details should be changed when it comes to the year in which you are reading this. Consider this report as a guide for your project.
Don’t copy and paste anything otherwise, your entire project/report will Decline by the paragraph check and results will your marks are canceled or reduced.
I assume this will be a perfect guide for you. Try to do this better than me.
(P.T. Attygalle)
10th of December 2021 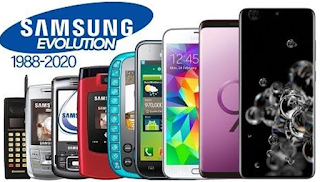 Promotional strategy to supplement the marketing strategy for Samsung galaxy. 3

Is Samsung succeeding in the mobile phone industry?. 6

How are these strategies and marketing mix are helped to the growth of Samsung mobiles?. 10

Samsung mobile is a part of Samsung Electronics which is situated in South Korea. Samsung mobiles are manufactured in several countries including India, Vietnam, Indonesia. They are the world’s best mobile phone company according to the latest ratings. Not only that, they have an admirable value for their brand name called Samsung. People are waiting for their products.

They have differentiated products with so many features. Samsung has changed their mobile OS until they met the Android. Since then they have continued their mobiles with this open-source platform which allows the company to do any changes to the OS.

Samsung mobiles supply their products targeting the economic groups in the world. They have different price levels.

The marketing field of Samsung mobiles are targeted people’s attraction and increases the demand for their products. So lets we see how Samsung can achieve its strategies and goals relating to the marketing mix.

Samsung is a South Korean company founded by Lee Byung-Chul in 1938 as a trading company. Over the next three decades, the group diversified into areas including food processing, textiles, insurance, securities, and retail. The company was entered the electronic industry in the late 1960s and the construction and shipbuilding industry in the mid-1970s. Here we are going to consider about Samsung mobile phone industry. 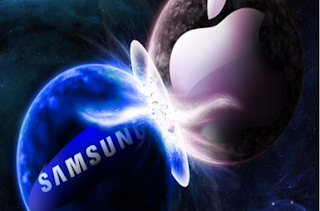 In 1977 Samsung launched telecommunication on the network and in 1983 it initiated its mobile telecommunication. In 1986 Samsung was able to release its first mobile as a car-phone (SC-100). But their first attempt was a failure. Just after two years, they were able to launch their first mobile phone. It was the first mobile manufactured in Korea.
When it came to 2009 Samsung was able to release their first mobile which runs Android OS (Samsung GT-I7500 Galaxy). This step was a most remarkable turning point for the mobile industry of Samsung mobiles. Samsung was able to be the leader of the mobile phone market by beating Apple, Nokia, Motorola, and Huawei as their major competitors with this Android OS. During this period (2009- 2021) they use it as their main OS. Also, this customizable OS was the success of the Samsung mobile. Because it was a cool and smart OS for all mobiles than Apple’s – IOS and Nokia’s – Windows. 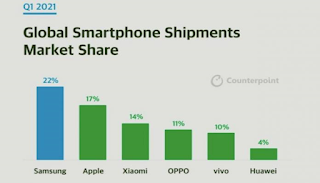 Adds AMOLED display technology on smartphones and tablets. This was bringing high pixel density and better color reproduction to the customer.

The company also partners with distributors and network carriers in other countries to help it distribute Samsung Galaxy products through varied sales promotion strategies and tactics. This will help worldwide customers to find the Samsung products in their market easily.

Samsung also offered discounts for their partners to reduce the competition in the market.

Through a product strategy that centers on product diversification, Samsung caters to a broader smartphone and tablet market. For example, the Galaxy S-Series product line caters primarily to high-end consumers. Still, the company has used the same user experience in the Galaxy A-Series line to cater to mid-entry consumers, albeit with some trade-offs such as lower hardware specifications and design choices.

Promotional strategy to supplement the marketing strategy for Samsung galaxy

In a push marketing strategy, a company “pushes” a product or idea through advertising and sales strategies. (As an example Samsung and Coca-Cola ads PLAY VIDEO)

In 1993 the company launched a new model (SH-700) which was a better one than the products of their competitors.

In 1994 Samsung launched another version of SH-770 called ‘Anycall’ as an effort of brand building.

Samsung was launched its first CDMA mobile phone in 1996. Their 1st digital handset was the SCH-100 and it was launched with clear voice communication.

In 1996-1998 Samsung started their business activities globally with PCS phones.

Samsung launched its first GSM mobile across the GSM market (SGH-200). But also this model was unable to succeed until Samsung found the tastes of the customers.

In 2004 Samsung introduced their first mobile to India. (Wikipedia, n.d.)

The Galaxy S series is a line of high-end smartphones that have co-existed with the Galaxy Note line as being Samsung’s flagship smartphones. The latest models are the Samsung Galaxy S21, S21+, and S21 Ultra, released in January 2021. Launched in 2010 with Galaxy-S

Ø  Other discontinued products also same features included which are mentioned above.

Is Samsung succeeding in the mobile phone industry?

In the late 1990s, people only wanted a cell phone to talk with each other. But, when it came to today with these technological improvements people are busy with their personal works. They don’t have much time to waste. As of this concerns, mobile phone market also improved with new technology and lots of features to help the people for success their day to day works.

Targeting the wants of their customers with being user friendly for them and supplying a quality product to the market Samsung mobile phone production achieved a greater market value in the global market. When it came to today Samsung is the 1st of mobile phone brand ranking list in the world in 2021

Samsung is a South Korean company that does it’s business activities worldwide. The Head-quarter of Samsung is located in Seoul, South Korea. As the biggest mobile phone manufactures Samsung isn’t depending on their head-quarter.

Some of these manufacturing centers only target the local demand for the products. As Brazil, Indonesia, Korea, and also other factories are supplied for both local and global demand.

Online marketplaces in Amazon and eBay – These stores are helpful to worldwide customers for reaching Samsung mobile easily and doing business in 24h. 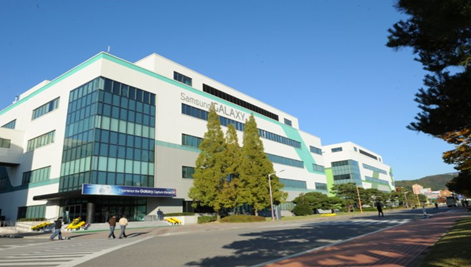 Until 2019, Samsung has two factories in China. Samsung is decided to close them in 2019, as a result of the low market share.

India
Samsung’s biggest mobile phone manufacturing store is located in India. Samsung had announced in 2017 that it would invest $620 million to double smartphone production in India. This manufacturing center can sell the products to Asian countries.

Indonesia factory was opened in 2015 and has a production capacity of around 800,000 units per year.

Price is the second concept of the marketing mix strategy. Since Samsung has different product categories, it also has different pricing strategies too. Samsung follows two pricing schemes – Skimming Price & Competitive Price. They use these two schemes very effectively.

When it came to the mobile phone industry of Samsung they manufacture two kinds of categories of mobiles which required by customers as of their needs and income.

Samsung manufactures its Note and S-Series targeting those who looking for the best quality products. And also prices of this kind of model are higher than their budget phones such as A-Series and M-Series (the newest version of J-Series)

Also, Samsung uses price as a weapon of beating the competition. As the biggest example for this, we can take the Samsung vs Apple companies. Both of them are competitors in the mobile phone manufacturing field. But Samsung products are supplied to the market at a fair price than Apple.

Promotions of Samsung mobiles are also the main category in the marketing mix of Samsung mobile. This promotional process is helpful to the company for bringing their products to worldwide customers. Also, they spent on promotions as a weapon of beating the competition.
Samsung trolls Apple (click to watch the video) 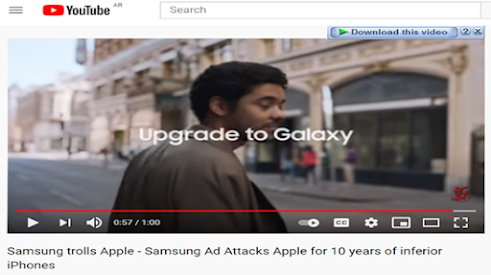 Also if they are planning to make a great product that brings new technology to the world, they use a promotion process for customer attraction. 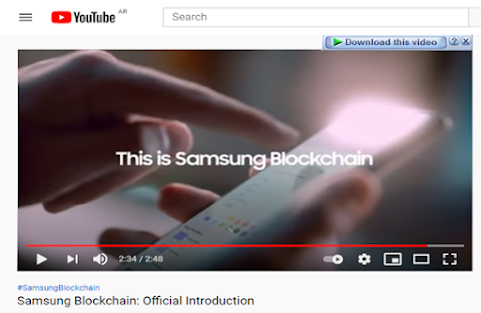 Not only that Samsung mobile takes the sponsor part of some sport matches and they use their logo to promote the brand name.

Social media and YouTube take the biggest place of promotion process of Samsung mobiles as a low cost and biggest people attraction marketing way. They have their own social media (such as Facebook, Twitter) pages for help to the people with their problems and also a path for promoting the products.

Also, they are using Google Ads and Social media ads to market their high-end devices (S –Series, Note-Series) targeting the persons who looking for the newest and quality phone without concerning the cost of the product.

If they plan to introduce a new branded mobile, they arrange a YouTube conference for talking about the features of their product. (Galaxy S21 Ultra launching event) 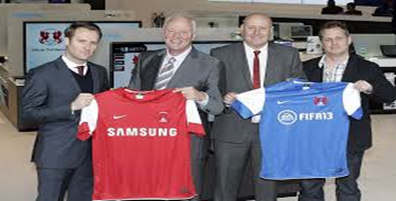 How are these strategies and marketing mix are helped to the growth of Samsung mobiles? 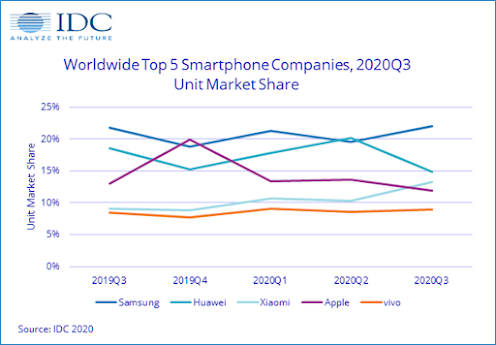 Finally, Samsung mobile’s long journey from 1993 to 2021 they would be able to successfully reach their long term business goals from following this marketing strategy. The marketing mix of Samsung mobiles perfectly helped to become the first of the mobile phone industry of the world.

·         Samsung mobiles were able to be the leader of the mobile phone industry by beating their main competitors from following these 4Ps of marketing.

·         As the best mobile company in the world, they made new products which suitable for future technology.

·         When Samsung mobile use Android as their main OS, they were able to give people an idea about thinking out of the box.

·         From opening new factories out of South Korea, they were able to reduce the shipping cost and also the price of their products.

·         Using the new technology and new trends of the world such as YouTube and social media they were able to do a successful promotion process from identifying their products to the people.

·         They need to improve the security functions of their mobile phones. Because Android is an open-source OS so, anyone can modify and break the security of these mobiles even it has fingerprint locks.

·         Samsung needs to think about the old Android versions. Because lots of android devices already stopped receiving updates after two or three years.

·         Pricing of Samsung mobiles is somewhat higher than other companies. When it came to Redmi or Huawei they give more features to their customers for that price.

This research is done by me in 2020. So, some of the details should be changed when it comes to the year in which you are reading this. Consider this report as a guide for your project.
Don’t copy and paste anything otherwise, your entire project/report will Decline by the paragraph check and results will your marks are canceled or reduced.
I assume this will be a perfect guide for you. Try to do this better than me.
(P.T. Attygalle)
12th of December 2021